Increasing levels of competition in the debt capital markets lead investors to adopt a more selective approach to their current and future investments.

As has been well documented, 2014 was another record year for high yield bond issues, with global issuances totalling $119 billion (Source: Moody’s Investor Services) an increase of 14% on 2013.

2014 saw a notable increase in appetite for high yield investments amongst the investment community. This came on the back of a steady and increasing stream of private equity-sponsored LBOs in the first half of the year and the continued attractiveness of bond issues over other sources of financing. There are already signs that this behaviour is likely to continue, as evidenced by the strong inflow into European high yield funds thus far in 2015.

However, there is also growing investor scrutiny surrounding new issues, with issuances in Q4 2014 down by almost half compared to the same period in 2013. This can be attributed, in part, to weaker economic conditions, as well as the growing concerns around the likelihood of covenant breaches and bankruptcies in recent months, with only a small proportion of 2013’s newly-rated companies achieving their EBITDA targets, in the year of their ratings being assigned. As a result, investors are naturally starting to adopt a more selective approach towards their current and future investments, both in terms of the quality of the credit story and the structure and protection that the deal offers. In general terms, debt investors often point to the following areas of focus when forming an investment decision:

Against this backdrop of increasing issuances in the debt capital markets and the resultant heightened competition for capital, the onus remains on issuers to proactively engage with the investment community, in order to secure capital to grow their businesses.

Market engagement should not be based solely around earnings.

It is clear that in order to win favour in the debt capital markets, issuers should strive to be proactive in their market engagement. The benefit of this is that it not only reinforces an image of transparency but, more importantly, it helps to build trust amongst the debt investment community. This is vitally important for issuers where external macroeconomic factors, such as commodity prices and foreign exchange, as well as the competitive landscape, bring a degree of volatility to the numbers. The same is true of those issuers who have long reporting deadlines that result in the market having to wait three months or more before receiving an earnings update.

“Having personally been active in the Debt Investor Relations space since 2008, it is clear that there has been a shift in the way that the debt community assesses investment opportunities. The importance of Debt Investor Relations has certainly grown in recent times and a lot of it is to do with the evolving information needs of the investors. Over the last 10 years there has been a gradual and consistent increase in the relevance of the debt markets to corporate issuers. Ultimately, this has led to a situation where the debt markets and corporate issuers are interacting a lot more than they have ever done before.”
Devina Artley, Director, Fairvue Partners.

In seeking the most efficient ways to cultivate and engage debt investors, we see conferences as being good levers for existing and new issuers, as well as high beta names that the market is keen to follow on a regular basis. Conferences provide not only a good alternative to non-deal roadshows, but the opportunity to meet key investors through one-on-one meetings and a platform from which to outline the investment story to a broad audience. Naturally, timing is important, as attending a conference directly after an earnings release, merger, acquisition or other event-driven activity can be an excellent forum for following up on questions or concerns from the market.

There is still great disparity in debt investor relations practices amongst issuers and, given the fledgling nature of debt investor relations, plenty of room to develop and improve. The market places a lot of emphasis on disclosure and the quality of earnings material provided, as well as the time allocated to Q&A during and after conference calls. Understanding expectations on this front can help issuers to easily identify some quick wins.

Ultimately, proactive, consistent and transparent engagement with the investment community is a necessity, in ensuring that the fundamental investment story is understood in an overcrowded market.

Fairvue has participated in almost all major debt conferences in Europe. Please see our events calendar for confirmed dates for the highest-profile conferences from an investor and corporate perspective. 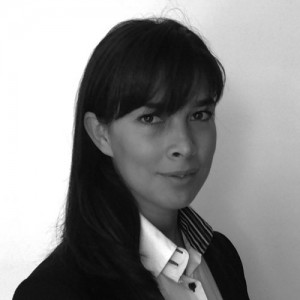 We are dynamic, switched on and plugged into what matters.
All News & Views